Why do zombies breathe?

If we want to categorize zombies into one of the following groups: humans, animals, plants or materials, the closest we’d get would be humans. This group includes the basic abilities for humans, such as the most important one: breathing. Categorizing zombies as humans means zombies will own the same basic abilities as humans. Now I don’t know if I am crazy, but why would a zombie need oxygen? As is known, zombies can stay under water for an unlimited amount of time, given that they do not dissolve, and when its head is separated from its body, including lungs, the head will stay alive as long as the brain isn’t damaged. This means the basic breathing ability is useless. 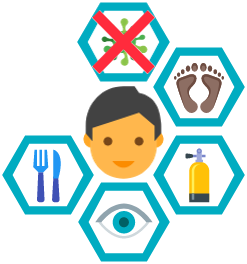 To make a difference between humans and zombies, a new group should be created for zombies, which will be similar to the humans group.

By creating a group similar to humans, most of the basic human abilities, such as walking, eating and seeing, have to be implemented twice. Now, imagine the complexity of the abilities walking, eating and seeing. Implementing, or even explaining or teaching these abilities in detail once is already a difficult job, but now we have to do it twice. Knowing animals and zombie animals can walk, eat and see too, we would have to implement these abilities four times. Implementing and maintaining the same abilities multiple times would be a no-go.

Let’s split the groups into two layers. One layer for groups and one for abilities. 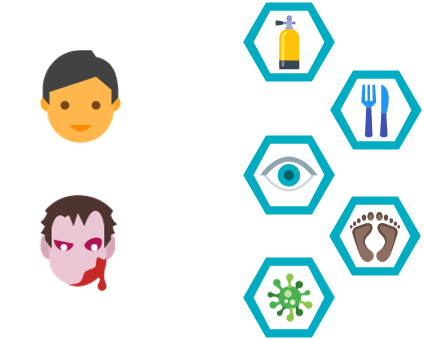 With this double layered structure, abilities are implemented once and shared between groups. Groups can contain a collection of abilities. Now that groups are separated from abilities, we can simply connect the necessary abilities to the two groups. 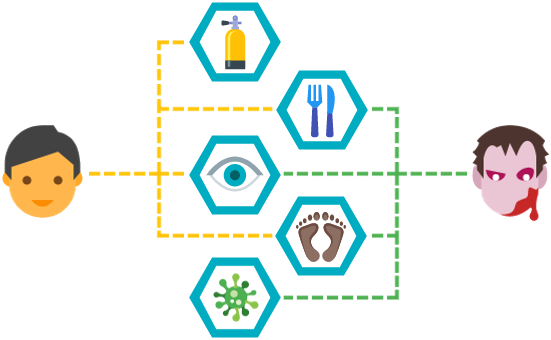 When new groups are created, it won’t take much effort to provide them with predefined abilities.

What did I just read and why?

This horrifying single layered zombie story can be related to the Intelligent Application Manager (IAM). Currently IAM has only one authorization layer named user group. The authorization is set per application for each user group. When different user groups have a similar set of rights, these rights are arranged separately, which in most cases means extra work and more data.

With the upcoming 2017.1 release, we have applied Role-Based Access Control (RBAC) by adding a second authorization layer to IAM named role, which can be related to the ability layer.

To add an extra authorization layer to IAM, the single layered structure had to be split. One layer to set the rights (role) and one to connect these sets to groups (user group). Therefore, it’ll no longer be possible to explicitly set the rights for a user group.

Roles are specific parts of an application on a project version level, which can be interpreted as user tasks, processes or functionalities. For each role, only the necessary rights should be granted. A user group can contain a collection of roles, which grants access to users of this group for all the underlying functionalities.

For example, an application consists of five roles. These roles are divided into 3 different user groups, with role A and C being granted twice.

Roles can be found as a group in the menu. In this group, you can find two items: role rights and model rights.

There are three levels of rights per subject. These types are indicated by color.

A green icon means full rights, yellow means read only rights and, as you might guess, red means no rights. To make it easy to find subjects with a specific permission-type, we’ve added prefilters to the top of each rights screen.

Rights can be granted for several different subjects, such as: Platform, Table, Process, etc. Each subject has its own screen with underlying child subjects as details, e.g. Table has the following details:

All child-subjects contain a checkbox which indicates the availability of this child. When the rights of a child are granted, but the parent rights are not, the available box will be unchecked.

More about the parent/child rights and dependencies can be read in the Thinkwise 2017.1 IAM Manual. 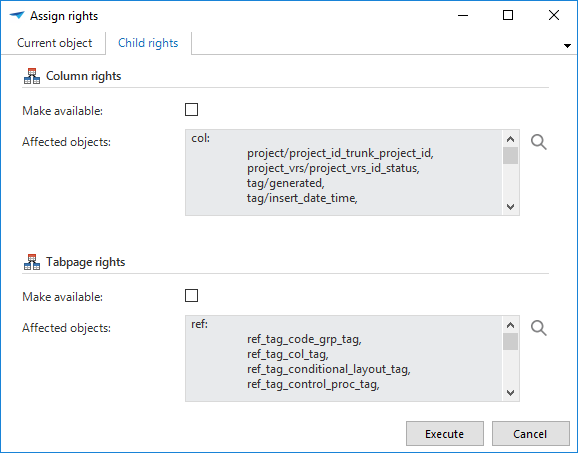 Two layers
With the introduction of the extra authorization layer, there’s now a clear difference between functionalities (roles) and groups/departments (user groups). Before, this was only one layer, covering both groups and functionalities.

Less data
As for storing data, the roles with all rights are ignored and for the remaining roles only the granted rights are stored. Since roles consist of specific rights and are implemented once, the stored data is rather small, which improves the performance.

Required technical knowledge
Another advantage is the clear bridge between developers and administrators. The developers are the ones building a project (application). Since they know the model and functionalities of their project, setting up roles and granting the necessary rights, which is technical, is easier for them than for IAM administrators. By choosing logical names for roles, the developers can make it easy for administrators to authorize user groups, without having to understand the underlying model or functionality, requiring less technical ability.

How to implement roles

It’s important for developers to analyze the application first, before creating roles. By following a couple of steps, it’ll be easier to determine which roles are needed and what the privileges should be.

The first step should be breaking the application down into roles and determining the scope for each role. The scope contains the subjects, on which rights must be granted, and the permission type for these subjects.

When the scope is clear, the next step will be creating the role and giving it a logical and non-technical name. Administrators should be able to understand the purpose of the role by its name.

The final step for developers will be granting rights to specific subjects for this role.

With this information, the necessary rights can be determined. This role must have full rights on the tables department and employee_department, and the underlying child rights. To be able to see a list of employees, this role must also have read only rights on the table employee. As for the child rights, only the required columns, such as id, name, function, etc., should be readable, all others must be hidden.

Considering the scope, a logical name for this role could be ‘Department management’. Examples of unclear or incorrect names are as follows:

How NOT to implement roles

Specifying and creating roles can be a difficult task. It can be done wrong in several different ways, such as the following common mistakes:

This topic has been closed for comments

This example shows the flexibility of the structure.