Userlevel 4
SQL server version 2016 has introduced the feature of setting up system-versioning to tables (also known as ‘system-versioned’ temporal tables). This means that SQL server stores a history of data changes and deletions which take place within a table.

There are various methods of creating history tables, but with SQL server you can allow a history table to be made automatically for a table.

In order to create a history table, SQL first needs start_date_time and end_date_time columns on the table which is to be logged.

Note: when using temporal table logging within the SF, the start_date_time and end_date_time should be defined in the column definition of the SF.

Note: The start_date_time and end_date_time may not be explicitly inserted or updated.

Next, a system_time period needs to be specified.
Once this is created, system_versioning can be turned on using the following command: 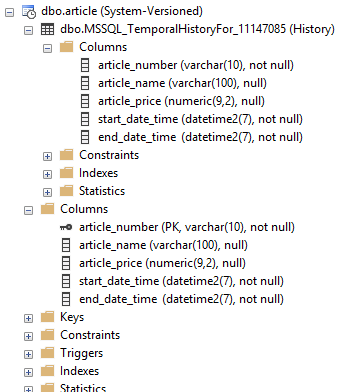 As you see, the history table is created as an exact copy of the table to be logged, but without the primary keys and constraints.

SQL server automatically gives the table a default name, but this can be changed with the following statement:

The article_log will now keep track of changes. Here is an example where we have inserted three articles and then updated one of them. 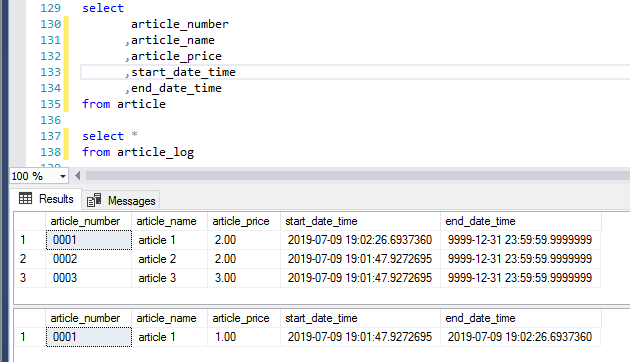 A select query can now be run on the log table to see the changes that have been made. Alternatively, you can also see that the article has been updated by looking at the time stamp beside the updated article. 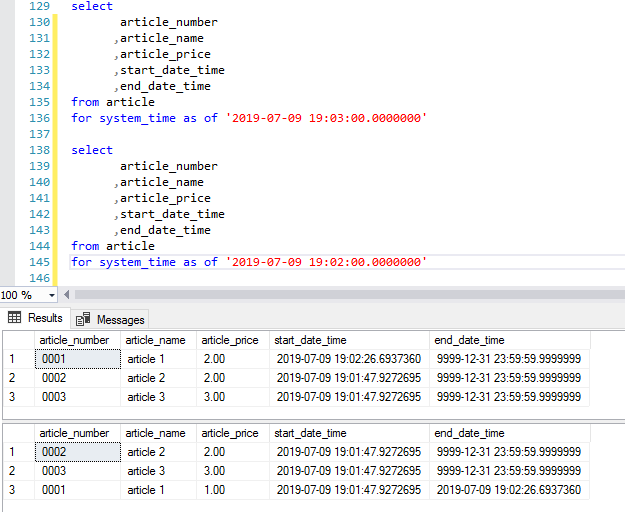 Note: During the time when system_versioning is turned off, there may be changes to the data which will not be logged. This can be prevented by setting the database to single-user or by running the entire transaction in one execution.

A big question may arise – why should we choose this method? There are various other methods to log tables, and a popular one via the SF is to generate triggers which log changes into separate tables.

We will create a simple trigger for the article table which (without conditions) performs an insert to the log. In most practical cases, these triggers are a lot more extensive in order to first check if something has been changed. However, we will first compare the lightest query (the rowcount and not exists below are generated automatically by the SF).

We will now perform an update to an article and take a look at the execution plan: 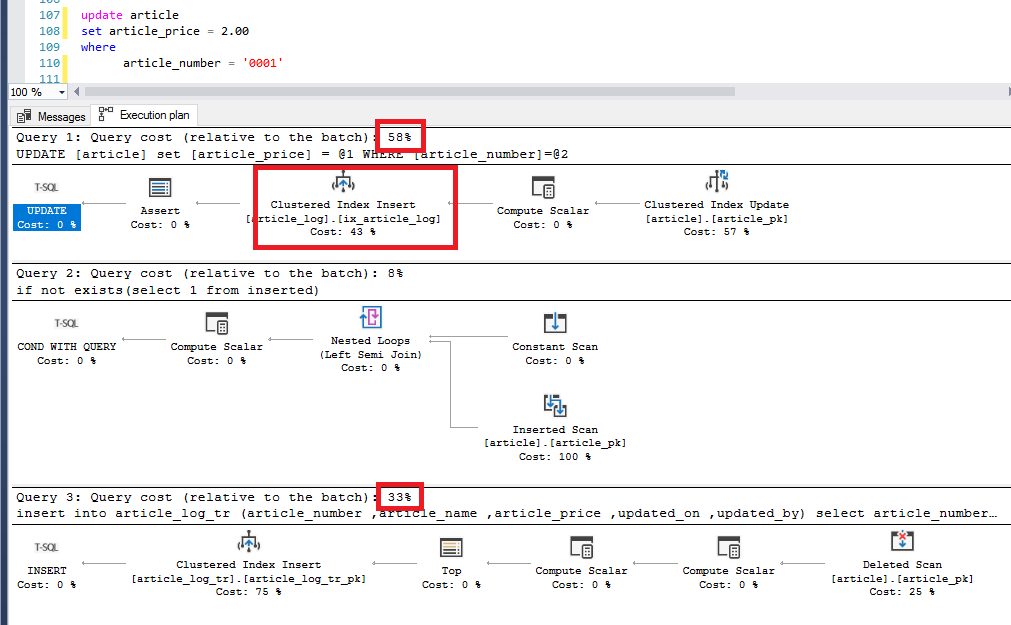 What happens if we make the trigger a bit more realistic?

We see that the query costs have immediately increased: 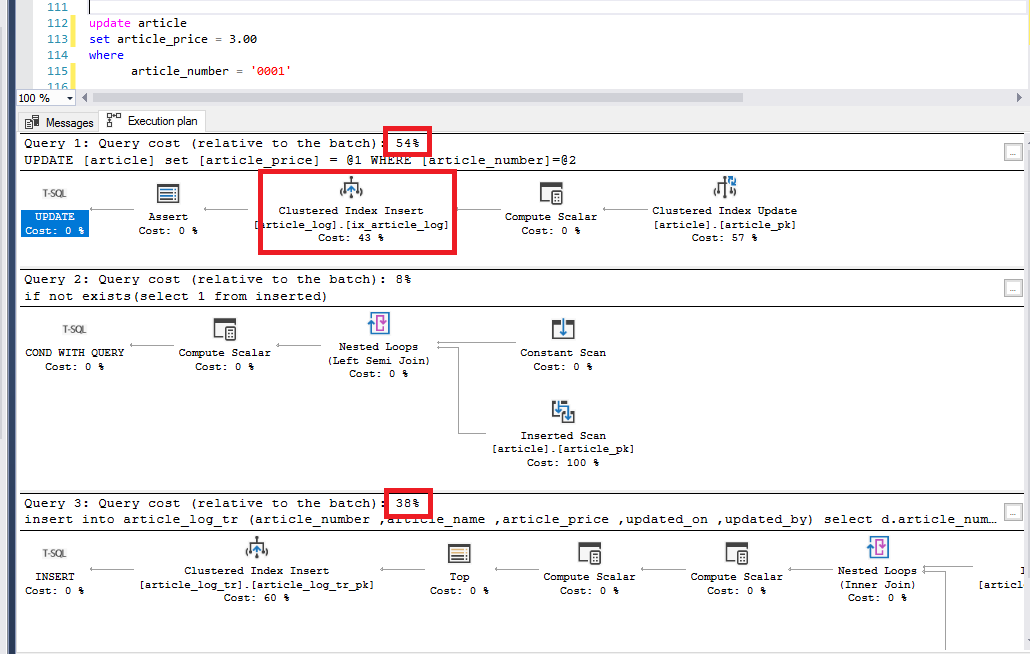 In terms of performance, we are already better off. On top of that, this result is with a relatively simple logging trigger, and logging triggers are often a lot more complex and extensive.

However, it’s not always perfect and there are a few drawbacks to the SQL server logs.
For instance, custom codes cannot be added to the temporal tables, it is basically “what you see is what you get”. The user who makes changes is not by default logged. This can however be found by looking at the update users on the current record.

When "ghost updating" a record (i.e. update article set article_price = article_price) you will receive a new record in the temporal table log.

It is not (yet) possible to set this up directly from the SF as there are some custom bits of code needed in the SF core to achieve this (in the base projects).

Here is a step-by-step plan to set up temporal tables as a log within the SF:

This information is not intended as a fail-safe method for creating logs from SQL server, but rather as information to be able to make a well-founded decision on tables for logging history.