+2
This month, an Alpha build has been made available for everyone to download and install! Furthermore, three major features have been developed. The configuration screen, access to details and the magical breakpoints.

Granted, detail tiles and layout logic didn’t make it to this release. Instead many small issues and bugs have been fixed and the design for the beforementioned features has been greatly improved. We prefer to resolve the issues and bugs right away instead of letting them pile up in favor of new features.

Like last time, a demo environment of Universal on the Insights application is accessible here using demo/demo as login.

Universal had a link to our development Insights IAM. This link was written hard-coded in the source code, forged in the crucible of the TypeScript compiler to an unchangeable constant in the runtime.

This was a bit of a problem. The Insights is a nice application and all but we want to run Universal on every Thinkwise platform product imaginable. We’d need either a config screen or an INI.

The config screen is the most accessible way of configuring the application and the values configured will be remembered by your browser. This way, an INI will not be needed for a while.

Pointing Universal to the correct Indicium

Universal is configured by pointing the service URL to https://server/indicium/. Right now, only IAM is supported. Running Universal on SF will follow shortly, we just need to be able to point to the right runtime configuration.

Universal does not need an application pool and can be deployed as a regular folder in IIS.

Universal folder installation, next to Indicium

While the design of detail tiles is being finished up, much of the technical implementation has been developed. We didn’t want to keep this away from you all, so instead of detail tiles a combo has been added to open a detail. 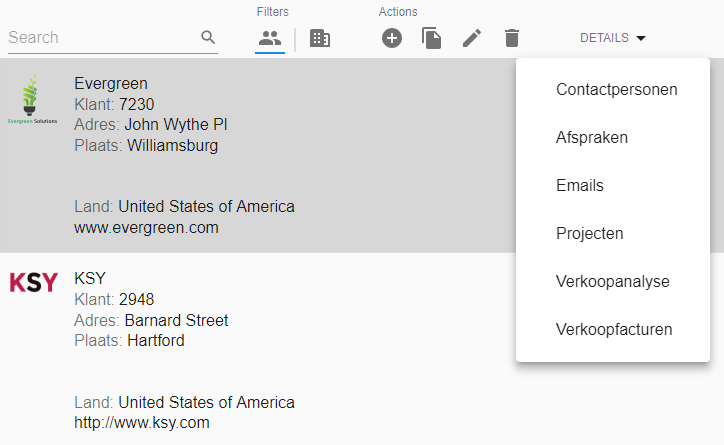 The detail combo can be found next to the action bar

This has been hinted at for a while now in previous blogs. We would soon see the magical Breakpoints…

Well, they are done! But what are they?

In the Windows and Web GUI’s, a screen type is responsive to the width and height of the application. When the width changes, the components within the screen type become smaller. The components in the screen are often adaptive. They don’t shrink their contents but they respond to the available space by reorganizing themselves. The form changes its layout by creating tabs tabs, the grid creates a scrollbar.

With Universal, we are planning to allow screen types to grow vertically beyond the visible boundaries. This will introduce vertical scrolling. This means that the developer no longer has to worry much about limited height, both for screen types and components. There is no need for a screen type to be responsive or adaptive when it comes to vertical space.

This is all good and well, but how do we deal with limited horizontal space? A responsive screen type can make the components so narrow, the components will eventually not be able to solve the problem, no matter how adaptive they are.

A table or variant will still have a main, detail, look-up and zoom screen type. But this screen type will have as many component layouts for different horizontal sizes as the developer wants. You can even choose completely different components for various breakpoints. For instance, the developer can choose to replace a grid with a card list when the width becomes too small.

When there are multiple breakpoints defined for a screen type, the largest breakpoint that fits will be used.
Specific screen types for Mobile should not be needed anymore because of this. This is part of the effort to ensure the entire application can be accessed from every device.

Furthermore, this not only applies on Mobile but also on a desktop or browser window that is resized. Expanding or collapsing the menu can also change the applied breakpoint for a document.

Breakpoints – How to model them

For example, most of you are familiar with the screen type master_detail_vertical. For the sake of simplicity, assume this is a grid and a form next to each other. Universal will always use the configuration of this screen type when no breakpoint is active. 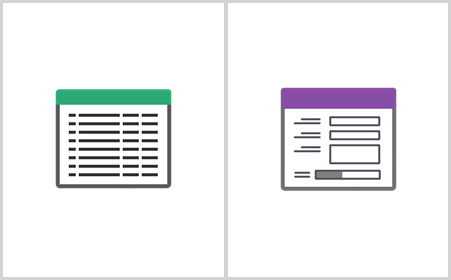 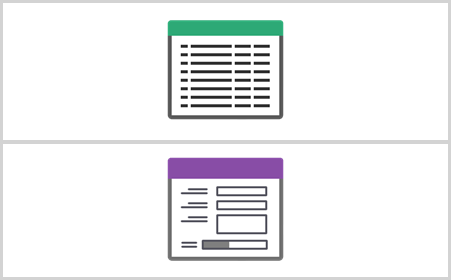 Say the developer want a second breakpoint at 400px, to replace the grid with a cardlist, since the grid is also getting too small. This breakpoint screen type would have master_detail_vertical_(lessthan)400 as id. 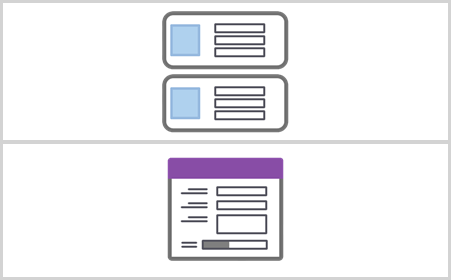 Many, many minor fixes

This chapter will probably be a part of every Universal development update, but I cannot stress enough how much work goes into ensuring a top-quality GUI.


What we are working on next month

December – the jolly time of year with presents, good food and holidays. We are going to be running on limited capacity in December as many of the team will be going on a well-deserved break around Christmas.

At any rate, we’ll be working on the following things:


When will we get edit mode?

The Indicium team has just started working on a massive modification to make security air-tight. This will probably be discussed in a separate blog. After the rework, changes will be in effect that limit users calling the Indicium API directly.

This introduces a massive improvement in security, opens the way for Indicium to manage the process flows and paves the road for column and cell-level data selection autorization. A small step further is to provide these levels of authorization on variants as well.

Because of this, actual editing and adding rows will be implemented once the change has been implemented in Indicium. Any groundwork we can do, the UI modifications neccesary to edit and add rows, will be developed in advance.

Thanks for reading, see you next year!