+1
Hello everyone, a new Universal Development Update is here! The past three weeks we've been working on an HTML control editor, applying visibility to form fields and action buttons while navigating, usability on Mobile devices and a popup component.

Like with every blog, we've released an alpha build so you can test Universal out for yourself. Don't forget the documentation and be sure to keep the following in mind:
Download your alpha build here

A first basic HTML control editor has been implemented. With this editor you can apply bold, italic and underline text styles and create numbered and bulleted lists:

To let the user know where to edit the data when going into edit mode, we've animated the paper behind the form. When you go into edit mode it briefly gets more shadow:

Buttons can now be disabled or hidden due to layout logic. In the example below you cannot edit or delete booked hours that have already been invoiced because the buttons are disabled.

The login screen now takes up less space on a small screen. In the image below the left image shows the old implementation and the right image is the new implementation. The paper background is removed on small screens and the input fields are more responsive. 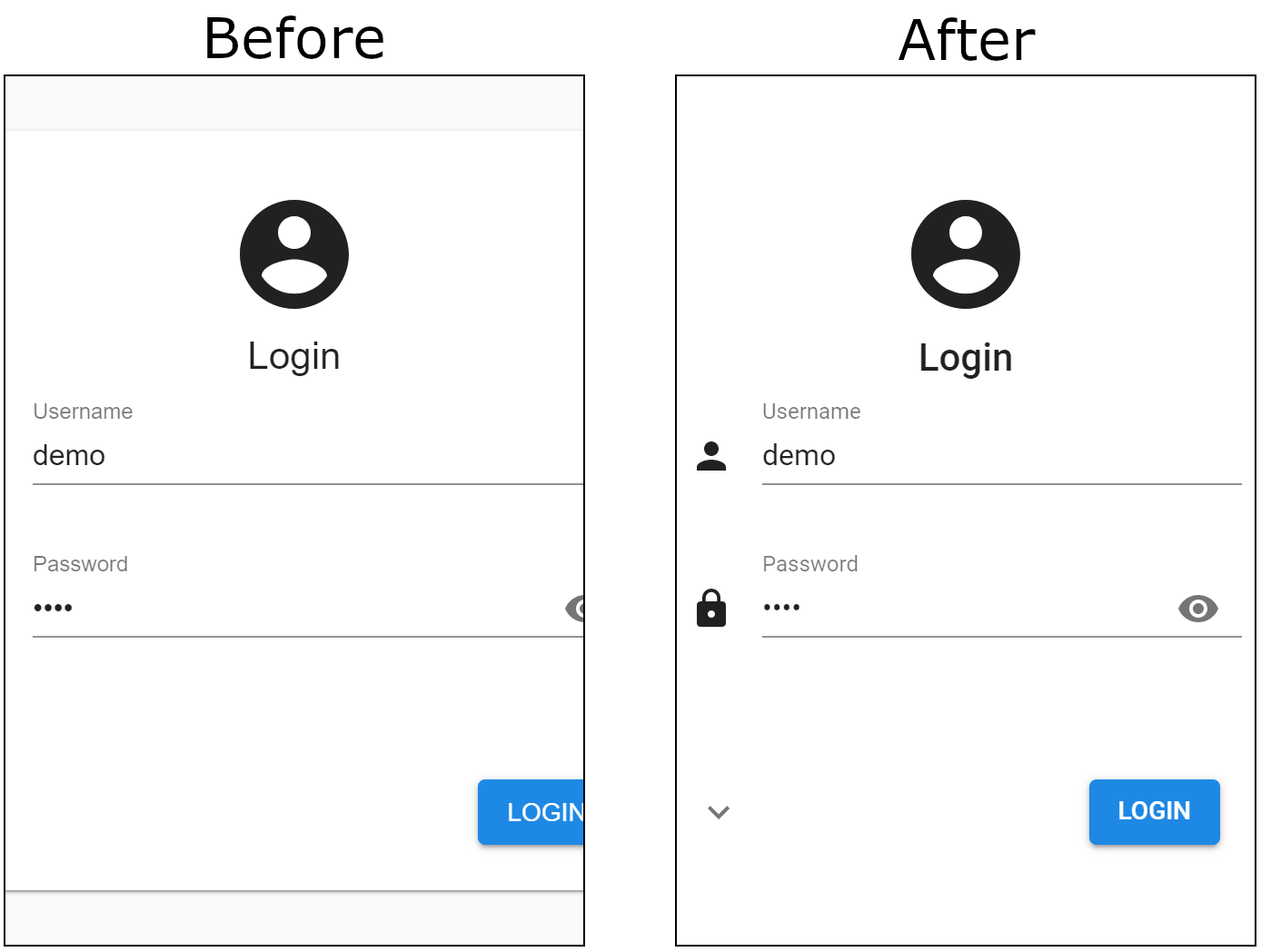 We have created a popup component which will be used for example by task popups in the future. It is resizable and you can move it around. Check it out in the video below!

In the past three weeks we've added another 49 unit test cases to the components and inner workings of Universal. This brings us up to 921 test cases in total.

I'm try to find a screen which contains the HTML component, I'm having a hard time finding one. In which screen can I test this new component?

There's a HTML control in the Insights application at CRM > Emails.