The past three weeks we've been working on applying context logic, applying translations, showing error messages and a redesign of the breadcrumb.

As always, we've made a demo for you: try it here.

To disable or hide details and tasks we fetched the context for the active record. Now you can see if a task or detail is disabled or it's hidden completely. It looks like this:

Disabling tasks that cannot be executed for the active record

Some displayed words in Universal were hardcoded in English, even if the application was in another language like German or Dutch. We now fetch translations for the users' language and show the correct translation translations.
For now, the following words have been translated:

Error messages from Indicium are now shown when a resource cannot be found (e.g. when trying to edit a record that someone else just deleted) or when the user has no permission to perform an action (e.g. trying to delete an invoice that someone just sent to the customer). For now these messages only show as an ID since we do not have the translations available yet. 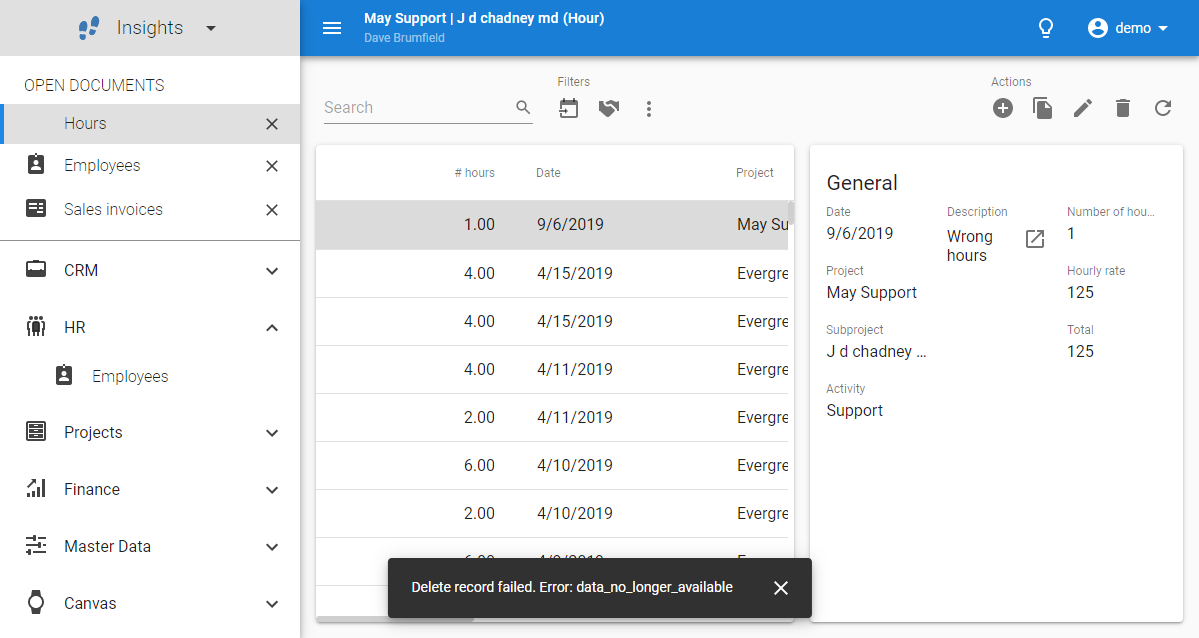 Trying to delete a record that already has been deleted 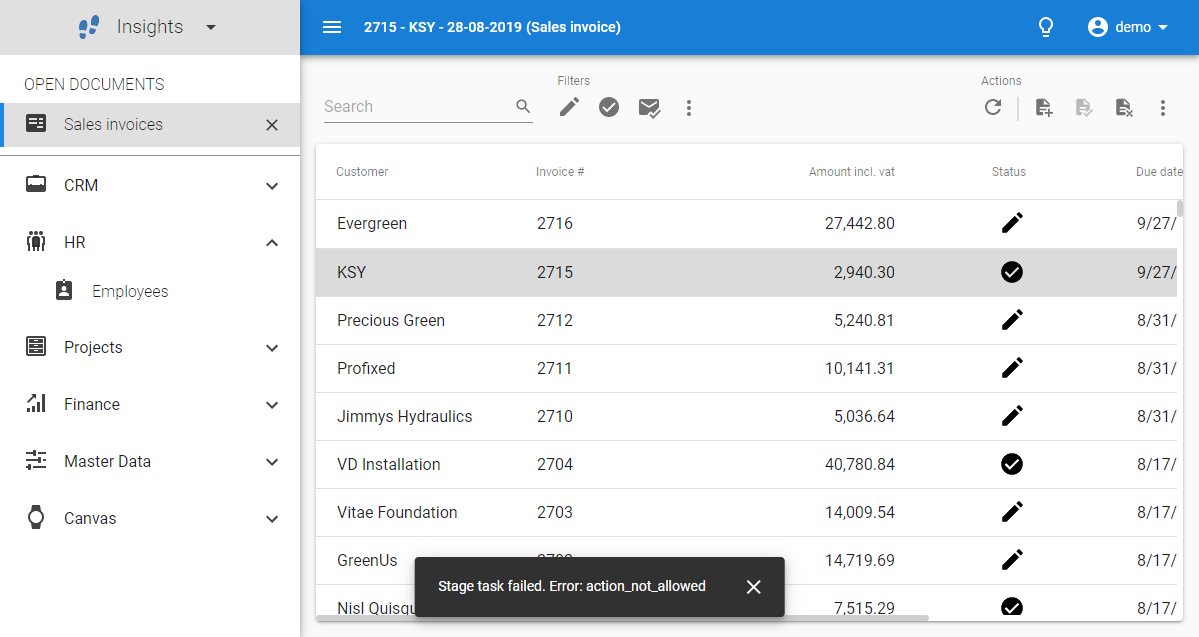 The below figures show the changes. The breadcrumb shown in the blue area. 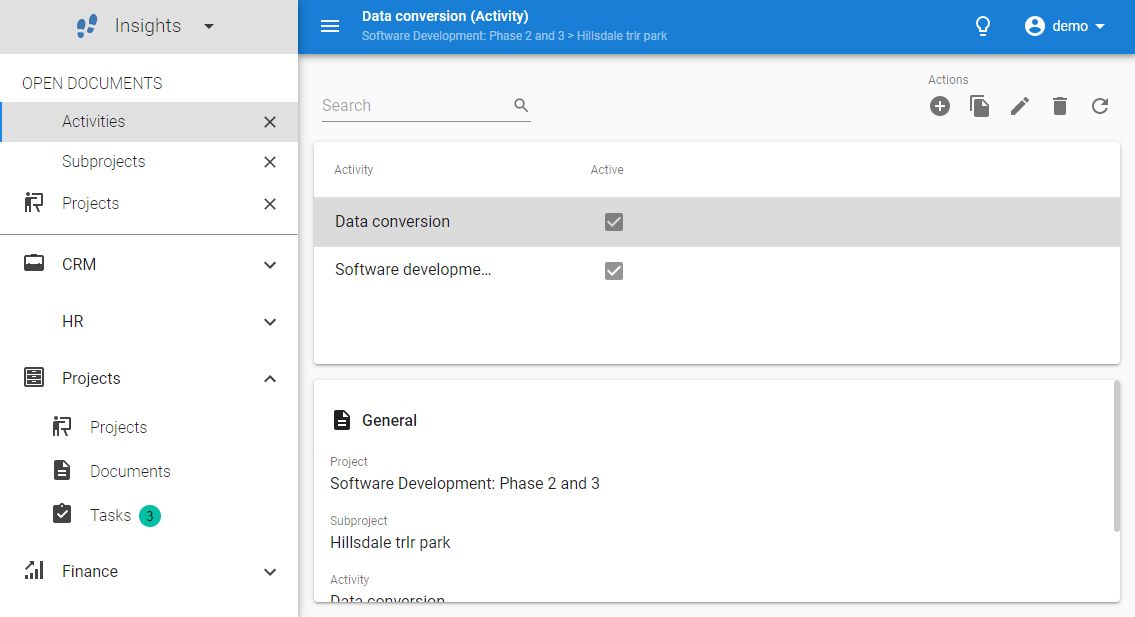 Previous version of the breadcrumb in the Project Activities document 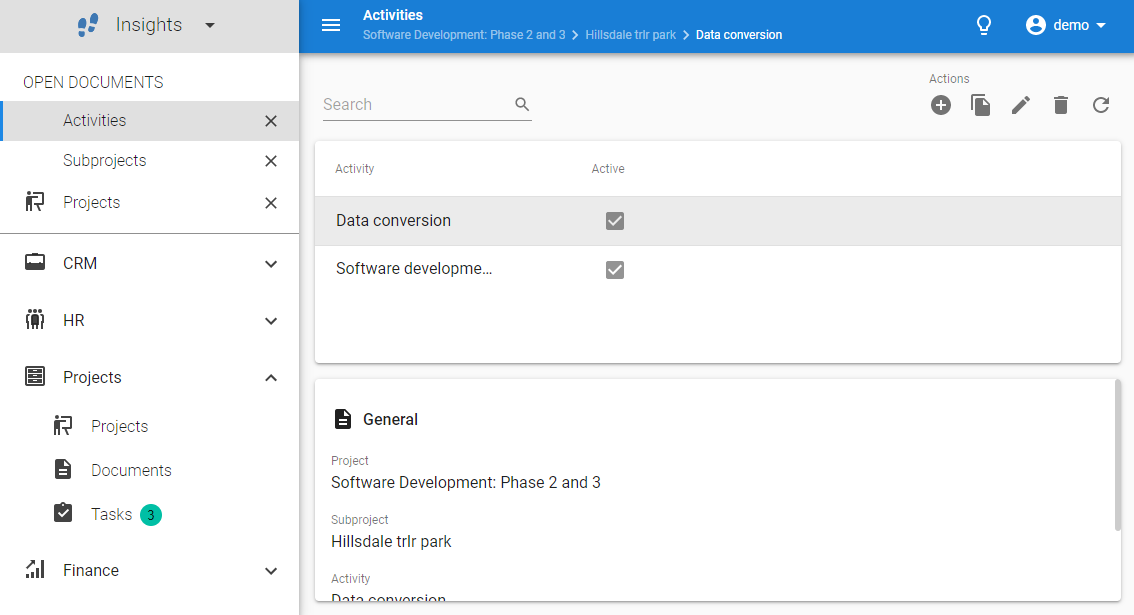 Updated version of the breadcrumb in the Project Activities document

When trying to close a document with unsaved changes, we now show a Material styled popup instead of the native popup that was shown before. The title still shows up as an ID because the translation hasn't been added yet. 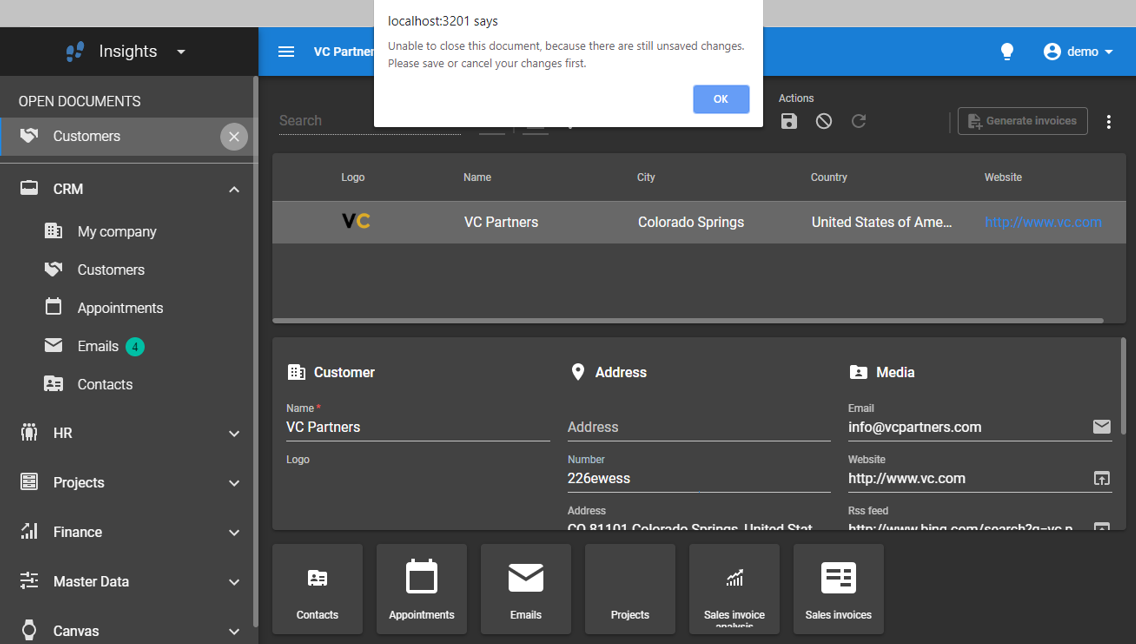 Trying to close the Customers document with unsaved changes - before 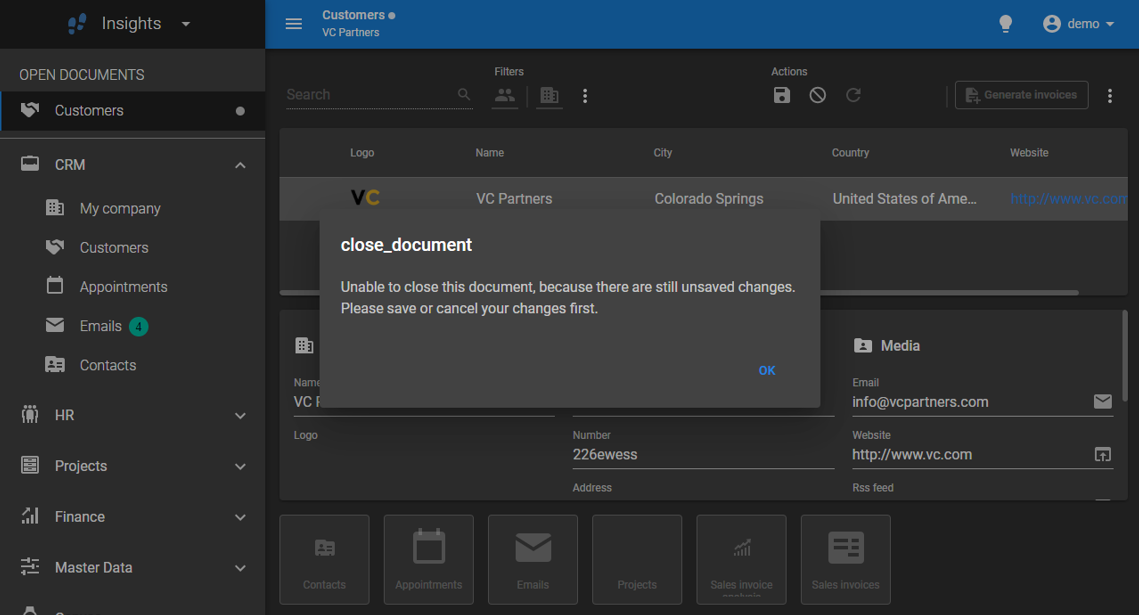 Trying to close the Customers document with unsaved changes - after

In the past three weeks we've added another 30 unit test cases to the components and inner workings of Universal. This brings us up to 1054 test cases in total.

+14
What I'm missing in these topics ever since Anne stopped making them, is the "What we are working on next month". I would like to see that returned because I like to hear the progression and what will be worked on next.

Great that you guys keep us posted about the development!